Somebody requested on twitter how this conversion was made after see the final result so here is the .GIF with the full process. The palette used is Matriax128 made by me and can be found in the tool in the “palettes” folder with other like Quake, Doom, DUke3D, Hexen,etc… 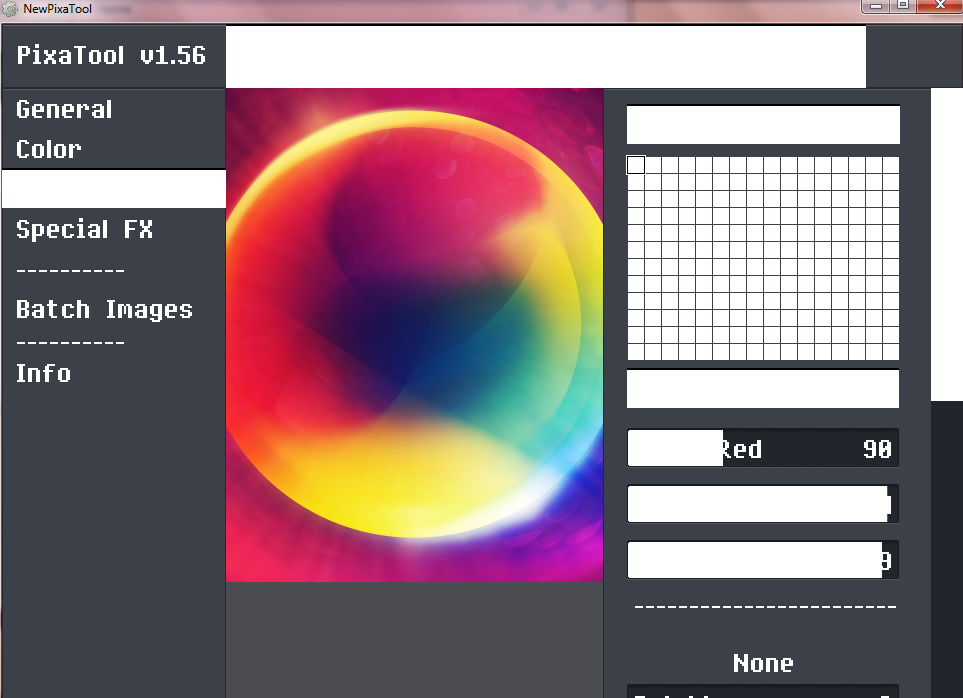 Why is there such a problem? Bug? White rectangles, functional does not work.

Thats because your GPU not allows WebGL or is disabled/Blacklisted.

When you zoom in and out the pixels change size so it is hard to tell what will come out upon export.

Is there something I am missing?

Also there it is possible to lose the picture off the side because we can only drag on the picture.  Do you think you can add like a re-centering button?

Besides these things, your tool looks awesome. Really considering it.

For recenter just double click on the image. And yes the zoom it just make all biggers/smaller to have an idea of what are you doing but the final export is how you see at 1x.

Awesome, thanks for the quick response!

The demo too, where do i go to find the GPU blacklist?

Seems there something in your GPU that is not compatible with the tool, you should had tested before buy. You should ask for a refund on itchio.

That happens also in the demo?

The palette have colors before set? You can load via .pal files. Also Be in mind this uses WebGL so maybe your GPU card is blacklisted. Other FX works? Can you post a screenshot?

You will need to use other software to get that sizes.

Can we have an import pallet from image feature? Like I already have an established pallet for my game, but having to manually input colors is a big time sink and pain point.

You will need to save the colors in .pal format and import to the tool