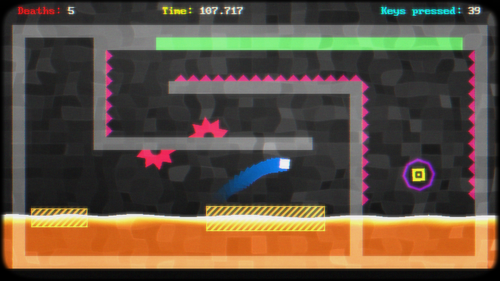 After lots of prototypes i finally ended doing an one-screen platformer.

This game will be free. I published a public beta with the first 15 levels. At least this game will have 30 levels, more if i see people like the game and want more levels. Actually i have around 20 levels done.

If all works well the game will be finished this month or the first week of the next one.